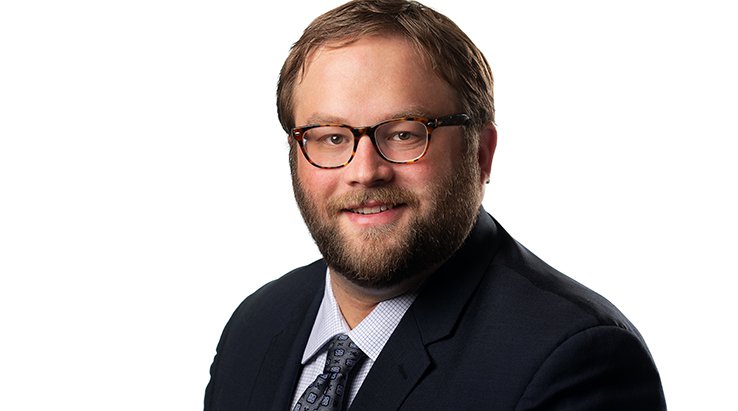 “My grandfather and father were both injury attorneys,” he said, “with a pedigree like that it is hard to imagine doing anything else."

Being an attorney has allowed Evan to do much more than follow in his forefathers’ footsteps. It has allowed him to explore his interests in science and medicine. Evan began his university studies as a Biology major before switching to German and Political Science. This strong science foundation helps Evan daily in his practice. Whether it’s understanding a floor’s slip coefficient or his client’s upcoming shoulder surgery Evan’s practice requires him to stay on top of advancements in science and medicine to better serve his clients.

During his youth Evan was a Boy Scout and it was through Scouting that Evan developed a passion for helping others. Practicing injury law has allowed Evan to combine this passion for helping others with his passion for the law. Evan’s clients come to him during one of the roughest periods of their lives. “Oftentimes, my clients’ injuries have turned their world upside down.” He said. “It’s my job to help them get things right side up again.” Evan understands that for many of his clients this is their first encounter with the legal system. This inexperience can lead to unneeded stress and confusion. Evan seeks to lessen his clients’ stress and confusion by being there to explain every step of the process. Whether it’s over the phone, in an email or even in person Evan strives to be available for his clients and answer any questions they may have.

So much of the law can be dehumanizing. It often seems as if everything is distilled down to raw numbers. To combat this Evan seeks to let his clients’ humanity shine. Evan’s clients are more than just their injury. To Evan they are parents who can no longer hold their children, runners who can no longer run their morning route, and fishermen who long to get back on the water. Evan knows his clients’ injuries rob them of the pleasures of everyday life. “Being able to articulate the impact of my clients’ injuries to the insurance company is important.” Evan said “Otherwise my clients just end up being seen as a number and not a person who’s life has been altered by another’s actions.”

Evan’s goal is to provide his clients with unparalleled advocacy without throwing mud or being mean. “Being a zealous advocate for my clients is what gets me up in the morning, but just as important is doing so without damaging my clients’ or my reputation.” He said. “Most lawyering is done outside of the courtroom. So, having good working relationships with adjusters and opposing counsel can benefit my clients.”

The law envisions a right for every wrong and nothing makes Evan happier than assisting his clients right the wrongs that have been done to them.

Evan is proud to serve the communities of Naperville and Aurora, Illinois.